The Government promised yesterday to link the minimum pensions to the SMI, which in 2023 will reach 1,000 euros. The Executive carries out its reform thanks to ERC and Bildu and rejects the amendments of PP and Ciudadanos. 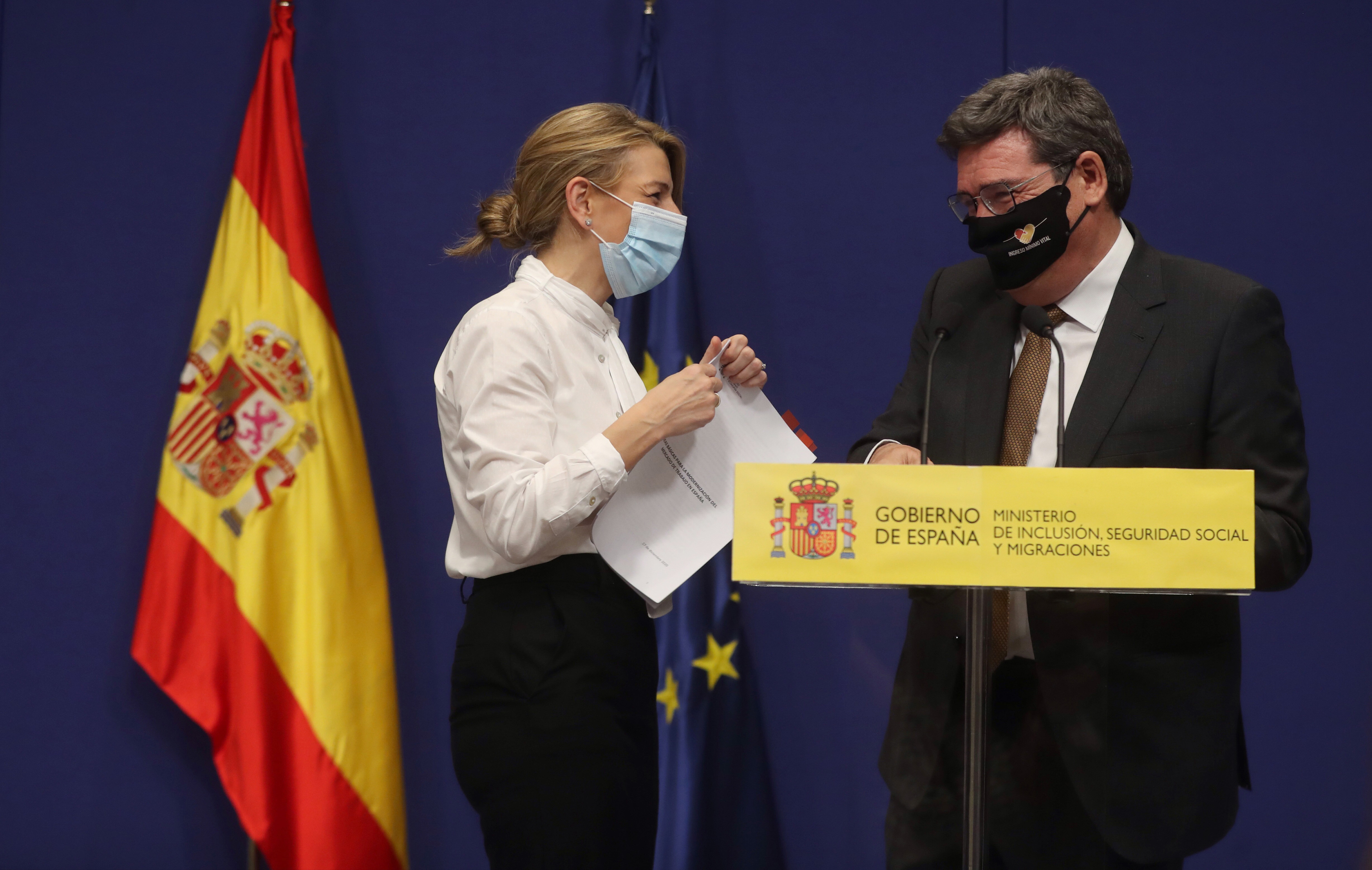 The Government will link the minimum pensions to the evolution of the SMI. The commitment to have the pension reform approved by January 1 requires the Executive to a parliamentary procedure that has raised blisters among all groups and that has linked the rule to the support of ERC and Bildu while other groups such as PP or Ciudadanos see their contributions rejected.

Specifically, due to the transactional amendment approved yesterday in Congress, the Government undertakes to promote, within a period of one year from the approval of the law, “regulatory modifications to establish rules regarding the evolution of minimum pensions that take into account the evolution of the SMI, guaranteeing the financial and social sustainability of the public pension system “.

The compromise therefore opens a way to reinforce the Minimum Interprofessional salary as an increasingly relevant indicator in macroeconomic terms. Pedro Snchez’s promise to put it at 1,000 euros – now it amounts to 965 euros – represents affecting the wages of one in five workers, around four million. The new obligation will move all pensions that are below the minimum and that must be supplemented to reach it, a number that It amounts to 2.3 million and it represents practically a quarter of the total registered in the system.

The economic impact on a system that is reformed for sustainability reasons is uncertain. The amount of the minimum pensions is set by law and in 2021 amounts to 609 euros in the case of a retirement pension with less than 65 years and a non-dependent spouse. The difference with the current SMI is 365 euros, 58% and in fact, most pensions, around 60%, are below the SMI. Through the amendment, Social Security undertakes to establish a relationship between minimum pensions and minimum salary that does not have to be equivalent, but a proportion yet to be determined. If, for example, it were established that the minimum pensions should represent 80% of the current SMI, the benefit of 609 euros in the previous case would have to be increased by 163 euros per month, up to 772 euros.

The execution of this commitment will not happen before 1 January 2023, when the SMI was already at 1,000 euros promised by Sanchez and will be subject to prior consultation of the social dialogue tables and the “financial and social sustainability of the system.”

Given the experience of the social dialogue with the pension reform led by Jos Luis Escriv, the first condition does not make a great contribution. In its last reform proposal, Escriv presented the Intergenerational Equity Mechanism (MEI) to employers and unions only 12 days before starting the parliamentary process, which began on November 15 only with union support.

The second condition, however, leaves Social Security free to determine to what extent it raises minimum pensions. Commitment made is carefully ambiguous as to serve as an electoral trump card without establishing any amount.

In this sense, the sustainability of the pension system has been Escriv’s argument to put aside the demands of the majority of forced early retirees with contribution careers of more than 40 years in the great financial crisis. Until the current processing, his cause had been attended by the PSOE and defended by United We Can. The cost over 2,000 million euros per year and the call effect that could cause offsetting the penalties to their pensions have annulled the commitments.

The same groups that have helped him to carry out the reform yesterday warned the Government that they will demand that next year they compensate the rest of the pensioners. In exchange for their support, ERC and Bildu also imposed an audit on the financing of expenses of a contributory and non-contributory nature of Social Security since 1967. The creation of the State Agency for the Administration of Social Security was also approved within a period of six months from the entry into force of the law.

The Government, which has received a wake-up call from the Toledo Pact for running over all the guarantees established by the parliamentary procedure with its pension reform, has rejected all kinds of amendments from groups such as PP and Ciudadanos, as was the case with raise to 5,000 euros the maximum amounts for individual pension plans or seek alternatives to raising contributions. As a result, the commission in charge of reaching a consensus on pension reforms in Congress considers that the Executive has given more importance to dialogue with unions and companies than to the legislative branch. The Toledo Pact is much more divided now than before the reform process began.

According to the criteria of

Golden Ball 2021 | Messi enlarges his legend with his sevent...

What can we expect from the Terra (LUNA) token for the remai...

One third of donation money stays with fundraisers