The regulations apply to companies that reside in Spain or that have offices in that country.

There are sanctions for companies that do not comply with the regulations, approved last year.

Spain’s bitcoin exchanges (BTC) are the most disadvantaged by the anti-fraud law. The regulations put these national companies at serious disadvantages compared to international ones, which are exempt from some tax responsibilities.

The Anti-Fraud Law, defended by the Ministry of Finance and which now covers cryptocurrencies, exempts centralized and foreign exchanges from tax and regulatory responsibilities, like Binance and Coinbase. The story is the opposite in the cases of Bit2Me or 2gether, which are based in Spanish territory.

The law establishes, for example, that bitcoin exchanges have to send the data of the balances in virtual currencies of the clients, as well as any other related operation, such as purchase, shipment, transfer and receipt. This also applies to people making initial offerings of new virtual currencies.

“An obligation to supply information on the balances maintained by the holders of virtual currencies is introduced, in charge of those who provide services on behalf of other people or entities to safeguard private cryptographic keys that enable the possession and use of such currencies, including the providers of exchange services for the aforementioned currencies if they also provide the aforementioned holding service ”.

All the information has to be submitted to the Tax Agency and, again, applies to companies resident in Spain and other foreign companies with permanent headquarters in the country, that is to say, that they have offices. 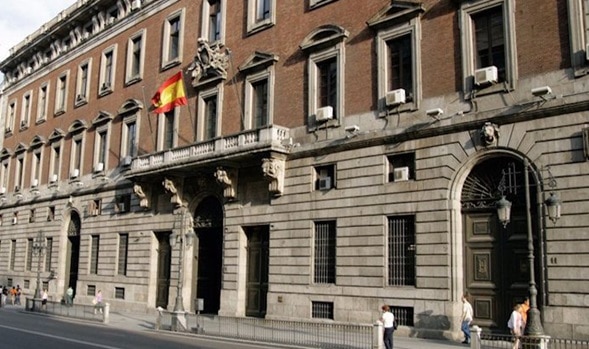 The Ministry of Finance is the one that enforces the anti-fraud law. Source: Muntidiario.

Therefore, companies that operate virtually, such as Binance or Coinbase do with their applications, are outside of these obligations.

And there are penalties. Failure to comply with the rule results in fines for the companies involved. According to the document, there are already penalties that go, at least, from 5,000 euros for the data of each cryptocurrency that should have been registered. The same if false, inaccurate or incomplete information was provided.

Hacienda could ask you for information

The regulation in Spain, as commented, already has time. Although exchanges are now mentioned, At first, the demand for a declaration rested on bitcoin savers.

Last December, the Ministry of Finance began requesting information from several individuals detailing their possession of crypto assets during the last four years, a fact reported by CriptoNoticias.

The information request applied to selected taxpayers, not all. In the statement, These people were asked to clarify what balance of crypto assets they have had in their assets from 2017 to date during each year.

José Antonio Bravo Mateu, a tax lawyer, spoke with CriptoNoticias about this. He explained that the collection powers of the Wealth Tax, which is the one that taxes the property of goods and rights, they are transferred in Spain to the autonomous communities.

Binance and Coinbase greyed out

That the anti-fraud law exempts the two largest cryptocurrency exchanges in the market, does not mean that Spain does not want to regulate them. In November, CriptoNoticias reported that these exchange houses were part of the gray list of the National Securities Market Commission (CNMV) of that country. 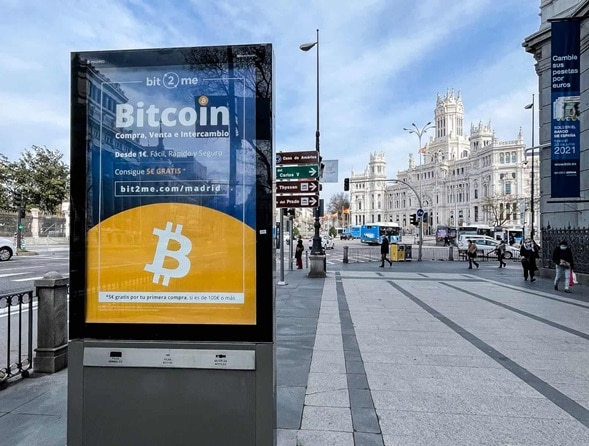 Bit2Me, one of the most recognized Spanish exchanges, must submit to the legislation
or face hefty fines. Source: Bit2Me.

Also on the list were Kucoin, Kraken, and LocalBitcoins. The reasons? They were not registered in your system and were operating without your prior authorization.

The list is made up of 89 companies that do not have the endorsement of the regulator to provide services related to Bitcoin. It should be clarified that being on the list does not result in prohibitions or blocking of websites. It only means that they do not have authorization from the CNMV.

Spanish regulation is a fact. By adapting to the MiCA law, recently adopted by the Council of the European Union, that country is taking a decisive step towards the elaboration of a framework that will give legal ground to the new economy, that had already been operating, even before any attempt to regulate it arrived.