Developers will reward players, but players are bum-weary.

The PVU token fell again after a slight rally.

The developers of Plant vs Undead have failed again and their community continues to lose confidence in the project, this is happening just three days after the launch of its version Farm 3.0. Gamers hoping for a rebound in the video game economy were disappointed when promises were once again not kept, keeping them from recouping their initial investment.

“We are very sorry for our mistake,” said the team behind the project on their social networks, in response to thousands of complaints from gamers. These reported having lost their saplings or suckers, which are part of the inputs that each virtual farmer needs to sow their lands.

Before the release of Farm 3.0, the development team had announced that the mama saplings would be completely phased out, so with the arrival of the new version, all those in the possession of the players would be turned into “magic dust”. However, once the new modality is activated, in effect, all the saplings disappeared, but the gamers didn’t get anything instead, something that some classify as a robbery.

In their announcement, the developers point out that, in order to reward their mistake, increased the likelihood of users getting seasonal saplings by 50%. The measure will continue from January 10 to 23 this month.

“We had mistakenly informed users that the saplings / moms they owned would automatically become Mysterious Powders [polvo mágico]But the truth is that our intention was to burn off the excess supply of saplings moms. We are very sorry for this mistake and to make up for the loss of our beloved users, we increased the drop rate of seasonal saplings by 50% over the 2 week period ”.

The measure leaves many unhappy players who do not agree that the entire community benefits after a failure that harmed only those who had struggled to get their saplings. Others criticize the developers for keeping gamers’ expectations high for three months to finally release a buggy version.

Players report other glitches that prevent them from completing their daily tasks, although there are also those who have not understood that they must now sow their land according to what the seasonal period allows. In winter you cannot spread the seeds, plant suckers, let alone harvest, as the development team has indicated.

On the Farm 3.0 saplings are obtained by collecting objects (a built-in mini game) and are no longer in the platform store as they were until now. With the update, the suckers are diversified by seasons, with 3 main seasons: spring, summer and fall. 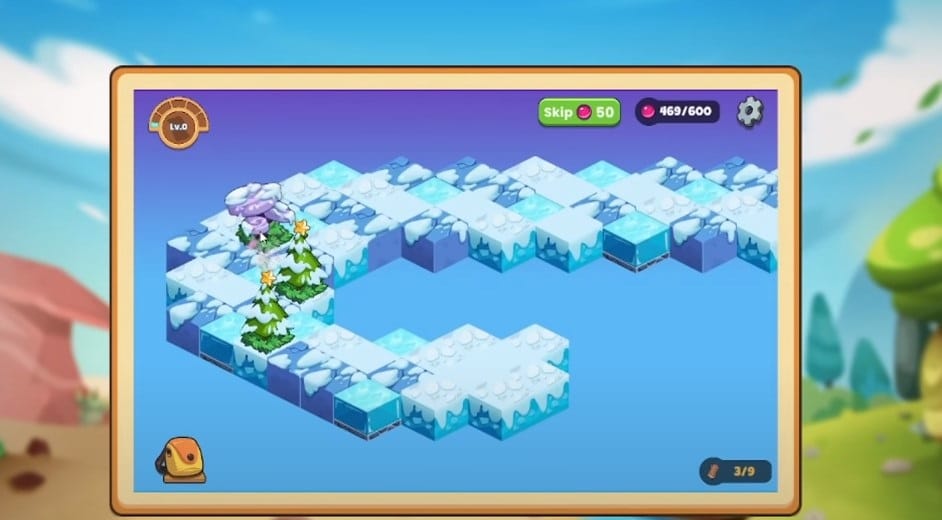 With Farm 3.0 players can collect materials, including trees and saplins, while moving along various routes. Source: Plant vs Undead.

The play to earn Plant vs Undead project has been buggy since its launch in August last year. As reported by CriptoNoticias at the time, the servers of its platform collapsed while the discontent of the community increased, which grew rapidly, animated by a simple proposal to generate income in short periods of time.

Subsequently, some actions taken by the game developers, caused a crash in the price of the PVU and this reached a minimum at the end of September of USD 2.5 USD, with a reduction of almost 90% in relation to its price of the previous month.

One of the decisions that most surprised the community occurred on September 21 when they were changed “the rules of the game” separating farming mode and PvP mode into two different chains. One in the Binance Smart Chain (BSC) and the other in their own blockchain that they called Factory Chain (FAC).

On their own blockchain, the developers of Plant vs Undead launched, on December 31, a new project called Draft Survival. This release also caught the attention of the community.

Players criticize the fact that funds were drained from a project that was solid, to finance the development of its own blockchain on which another project is based. This while PVU players, who have actually funded both initiatives, they still do not recoup their initial investment.

There are also players who ask the developers to explain how they have been able to launch a new project to gain trust from a community that they cannot satisfy with the digital farming game. “Please build confidence in your main game and then talk about the new initiative,” wrote one user on Twitter. 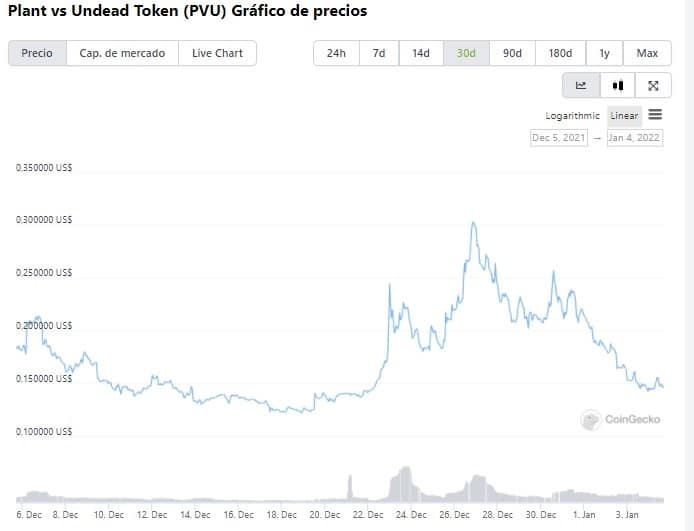 While all of this is going on the PVU token, which had a slight rebound during the last days of December, fell again, losing 40.2% in the last week. As of this writing, the native Plant vs Undead asset costs $ 0.14. It means that it is 99.4% less valuable than 4 months ago when it reached the price of USD 24.73, its historical maximum, but 20.3% more than 17 days ago when it had a value of USD 0.12%, its all-time low, according to Coingecko data