More than 1,200 programmers joined the development of Bitcoin in 2021

Electric Capital, a venture investment company in cryptocurrencies, published on January 5 a report on the development that Bitcoin has had throughout 2021.

The company reported in the report that Web3 developers “are at an all-time high and growing faster than ever.” Precisely 2021 became the year with the most new open source developers of all history so far. Exactly there were more than 34,000.

The growth of developers on Web3 has broken records, but it still represents a small and rapidly expanding percentage of software engineers globally. We are still in the first entries of Web3.

The report revealed that 60% of all developers currently on Web3 started in 2021. This leads the company to believe that, if 2022 is the same, “developers could continue to grow until 2023 even if prices hit their peak. maximum now ». 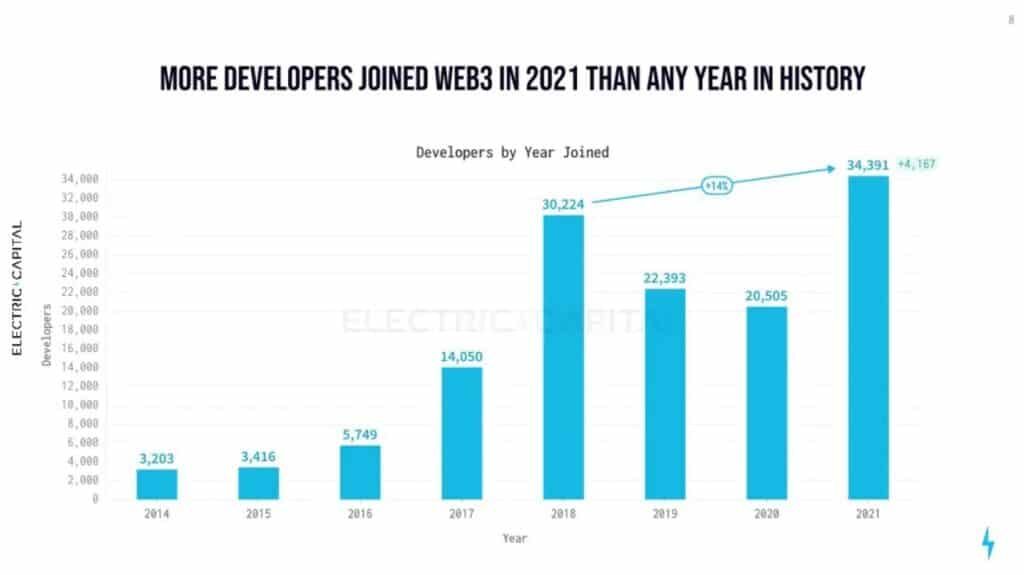 2021 was the year with the most new developers registered by Web3 in history. Source: medium.com.

Bitcoin is among the 5 largest ecosystems

The company highlighted that Bitcoin continues to grow. It has had more than a hundred new developers each month throughout 2021. That number means that it registered 9% growth over the last year. In December it had an average of 600 active open source developers. 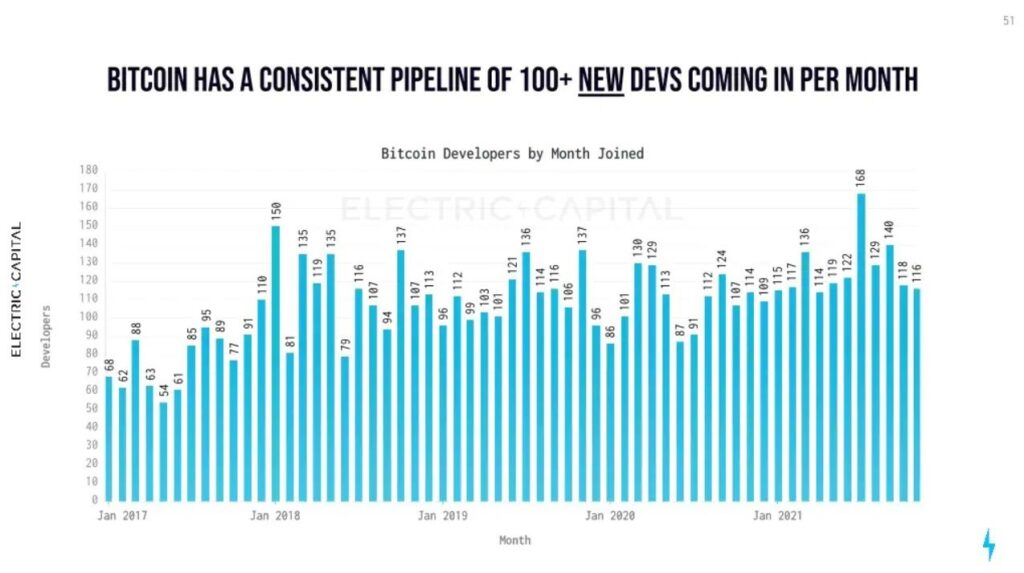 Bitcoin has registered around 100 new developers every month from 2018 to December 2021. Source: medium.com.

The 5 largest blockchains on the market are Ethereum, Polkadot, Cosmos, Solana and Bitcoin. Although that does not mean that they are the ones with the highest growth during 2021, considering that some already had a large part of their developers from previous years.

Two ecosystems that stood out for their growth in active developers during 2021 are Solana, which increased by almost 5 points, and NEAR with more than 4. Then, they are followed by Polygon, which doubled, Cardano, which grew more than 90%, BSC, with more than 80% and Cosmos with more than 70%. Further down, Ethereum comes topping 42%.

As CriptoNoticias reported last week, What makes Bitcoin stand out among the other cryptocurrency networks is that it continues to be one of the 5 projects with the most development, despite little funding.. By operating collaboratively, it does not have much investment backing from venture capital firms, unlike the other networks.