Max Keizer and Stacy Herbert opt ​​for citizenship of El Salvador, how is it achieved?

Journalist couple Max Keizer and Stacy Herbert, who are from the United States, moved to El Salvador on January 4 in order to obtain their citizenship and live in a place that promotes the bitcoin ecosystem. They made it known via Twitter after their arrival in the country with a photo from the plane landing and a small caption that said “home.”

On your first day, Max Keizer and Stacy Herbert, along with other bitcoin investors, were personally received by Milena Mayorga, El Salvador’s ambassador to the United States, and Alejandro Zelay, the Minister of Finance. “Welcome to your home, the land of financial freedom,” the official told them on the social network at the beginning of a series of images from the meeting.

As stated in their social networks, the journalists, who are strong defenders of the cryptocurrency, plan to nationalize and stay in the country for a long time. “9 hours in El Salvador and ready for 9 more years, who’s coming to join us?” Stacy Herbert posted along with a photo with her husband Max Keizer.

In order to obtain Salvadoran citizenship, it is necessary to live in the country for at least five years. Although people from Spain or any country in Latin America can request it before, precisely after completing one year of residence. The only countries that do not apply to this rule are Guatemala, Honduras, Nicaragua and Costa Rica.

It is also possible to acquire citizenship as a refugee or by marriage to a Salvadoran. This is provided by Article 92 of the Constitution of the Republic of El Salvador and Article 156 of the Special Law on Migration and Aliens. However, these are not the only ways to obtain citizenship. 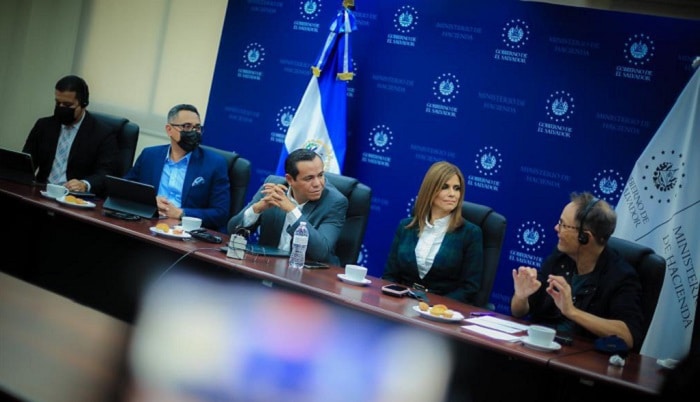 Although there are no official announcements yet, it is estimated that another alternative to nationalize Salvadoran is to invest in the state bonds that El Salvador will launch to finance Bitcoin City. As reported by CriptoNoticias, this was what he hinted President Nayib Bukele, who has motivated the arrival of international investors to the first city in the world that will base its economy on cryptocurrency.

The embassy of El Salvador in the United States reported that Max Keizer and Stacy Herbert “are interested in investing in the Bitcoin Bond” and in the country’s projects related to cryptocurrency. Therefore, they welcomed him personally, as well as other interested investors.

This is not the first time that Max Keizer and Stacy Herbert have landed in El Salvador. They had previously been present to participate in LaBitConf, a bitcoin convention, in which they were exhibitors last November.