Dubai, UAE (CNN)One of the unfortunate defining legacies left behind by last summer's Euro 2020 will be the online abuse suffered by the three English players who missed penalties in the final.

Since then, the calls for change have grown louder from players who are demanding social media companies take control of the ongoing racist vitriol on their platforms.

Another high profile voice has just joined the choir.

"We have to start with social media," PSG superstar Kylian Mbappé told CNN's Becky Anderson when asked what action is needed to tackle racism in the game.

However, the French World Cup winner added that players also have a role to play in educating perpetrators about the harms they are inflicting on the beautiful game.

After Mbappé missed the decisive penalty in his national team's loss to Switzerland at Euro 2020, he himself was allegedly subject to racist abuse online.

In another game against Hungary, fans greeted the player with monkey chants, prompting UEFA, European football's governing body, to investigate that and other incidences of abuse throughout the tournament.

The attacks were "hard" and "hurt" Mbappé, the 23-year-old said.

"I give my best for my country. I give all I have to make the people in France happy, to make everybody proud -- and to have this type of message, really, it's hard and that hurt me," he added.

A French court ordered Twitter last year to outline how it planned to tackle hate speech on its site. The social media giant appealed that decision, despite six anti-discrimination groups claiming the San Francisco-based company is failing to ban hateful users from the platform.

Footballers in the English Premier League are regularly targeted online after games. In September, Chelsea player Romelu Lukaku told CNN that social media CEOs need to meet with football stars to eliminate the abuse players are subject to.

In the aftermath of the Euro 2020 final, the UK government called on tech companies to improve their response to the growing issue and give better data to police to help identify culprits.

Some fans have been arrested for posting hateful comments and can soon reportedly be banned from football grounds for up to 10 years.

This doesn't seem to have deterred would-be offenders, even within stadiums. Premier League club Norwich City was forced to issue a statement on December 28 condemning "all forms of unlawful discrimination" after it learned of racist comments from both sets of fans at its game against Crystal Palace.

For Mbappé, discrimination like this must come to an end because "we are in a new world."

Twitter has recently introduced multiple tools and protocols in the hope of combating discrimination on its platforms.

In a statement to CNN, a Twitter spokesperson said: "We want to reiterate that abusive and hateful conduct has no place on our service.

"We will continue to take swift action on the minority that try to undermine the conversation for the majority and are committed to playing our part in curbing this unacceptable behavior -- both online and offline."

Last year, Instagram launched a new tool that would automatically filter out abusive messages from accounts that users did not know.

Meta has said it stands against discrimination and has rolled out a number of safety features across its platforms.

'Football is for everybody'

Mbappé arrived at the Jumeirah Al Qasr Hotel in Dubai in a fine mood, fresh from celebrating his 23rd birthday with teammates in Paris. Graciously accepting a cake in the shape of his numerical age and decorated by a single candle, he laughed and joked with staff.

But when talk turned to the upcoming FIFA World Cup, a steely glint of determination entered his eye -- France is the reigning champion after a 4-2 win over Croatia in 2018's edition in Russia.

In what was the highest-scoring final since 1966, Mbappé scored an iconic goal from outside the box at the tender age of 19.

Despite the pressure facing the side, he thinks the feat can be repeated four years on.

"We are ready to do something great. We can make history," he said. "We have a big country with us, everybody is with us."

Josh Cavallo, the only current, openly gay player in men's top-flight football, said in November that he would be "scared" to play in Qatar, where homosexuality is illegal and punishable by up to three years in prison.

Nasser Al Khater, the chief executive of the tournament's organizing committee, insisted when speaking with CNN the same month, that Qatar has been treated "unfairly and unjustly" since it earned the right to host the tournament 11 years ago.

Mbappé, whose club Paris Saint-Germain is also owned by the ruling family from Qatar, is clear what he wants the message on discrimination to be at the tournament.

"Football is for everybody. Nobody can say, you cannot play football," he said. "That's the body of football: to be altogether and to share this passion."

Mbappé hopes Qatar will provide another opportunity for him and his French teammates to inspire their fellow citizens.

Off the pitch, he's already doing so with his charity Inspired by KM. It aims to give hope to a new generation, by encouraging 98 children to achieve their goals.

"I wanted to do something because, when I was young, I think I was a lucky guy. Because all the time, people give me the opportunity to go to the next step, and I want to give it back," Mbappé said.

The participating children will receive support from the charity until they begin working and are encouraged to pass on the information they learn to their peers.

Mbappé has worked with illustrators to create a series of graphic novels and YouTube videos designed to tell children about the striker's rise to the top and how they can achieve the same.

"When I was young, I had a dream and I did everything to have this dream, but people helped me. And that's what I want, to help those children to achieve their dream," he added.

Even at 23, Mbappé has already fulfilled any goals he would have had as a youngster. He made his debut for his country at 18 and, at 19, became the first teenager since Brazilian legend Pelé to score a goal in the World Cup final.

He has won four French league titles with Monaco and PSG, moving from the former to the latter for around $200 million in 2018.

Perhaps the only thing left to win is the Champions League.

PSG did reach the final of Europe's premier competition for the first time in 2020 but was beaten by Bayern Munich 1-0 in Lisbon. Last season, the Parisian side was beaten 4-1 on aggregate by Manchester City in the semifinals.

This year, PSG faces off with 13-time UCL champion Real Madrid in a mouthwatering European clash.

"We have to be ready. It's time," said Mbappé. "It's the most important part of the season. Of course, we want to step up now. It's been two years [since] we do final, semifinal, but now, we want to win."

He's had a remarkable life, and whatever happens in Qatar, he knows fans around the world look up to him and he has a clear message for them.

"Follow your dream," he said. "There will be difficult steps, difficult moments, but you have to believe in yourself." 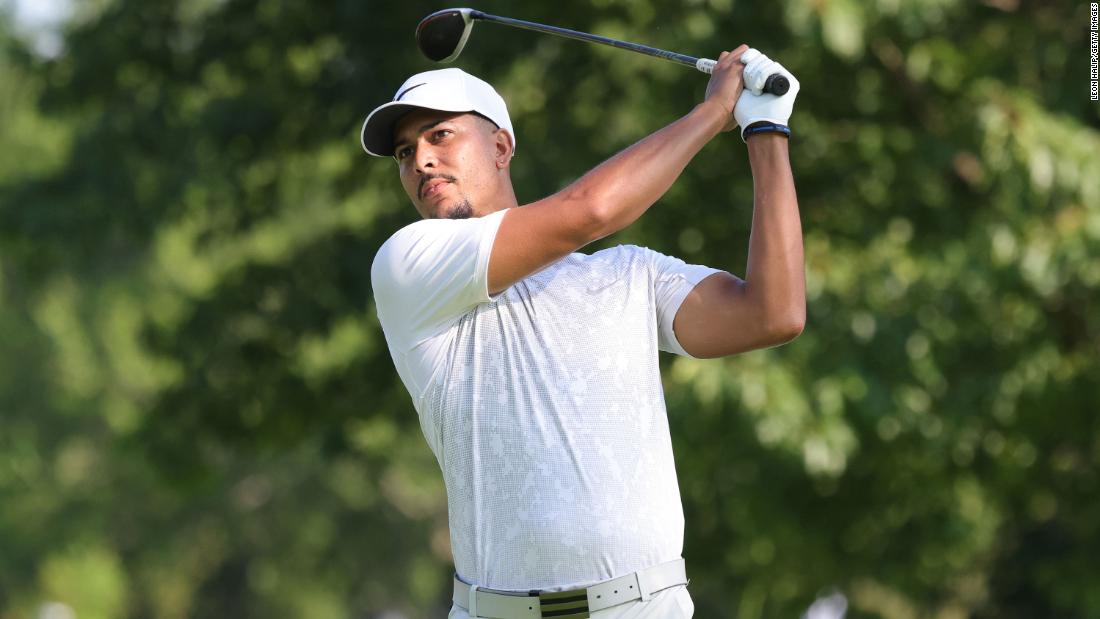 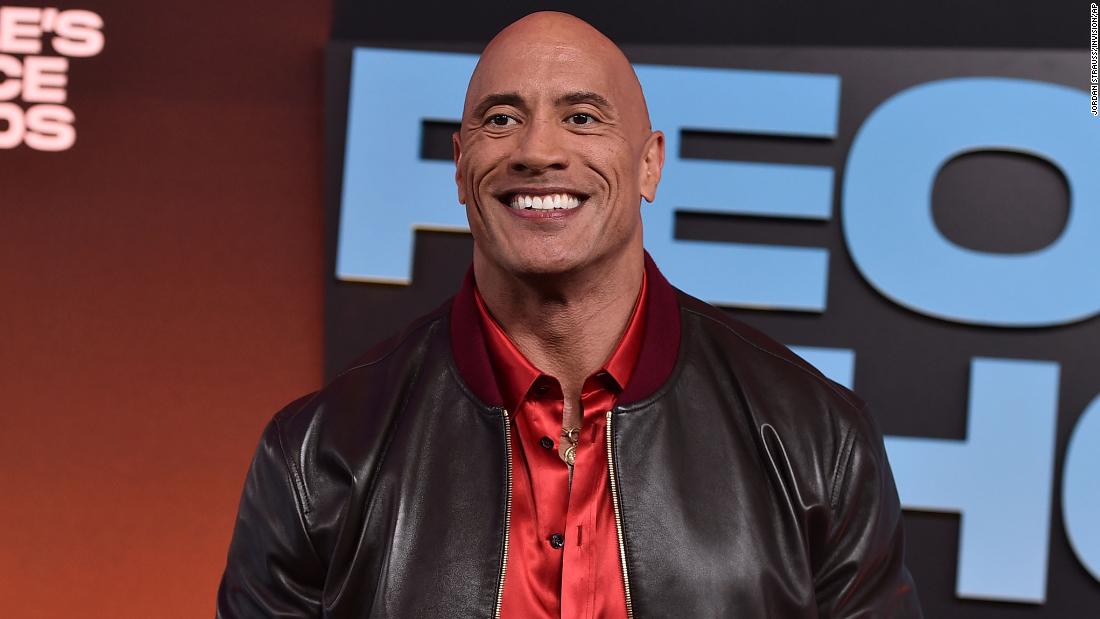 'The Rock': Dwayne Johnson says he isn't the anonymous buyer... 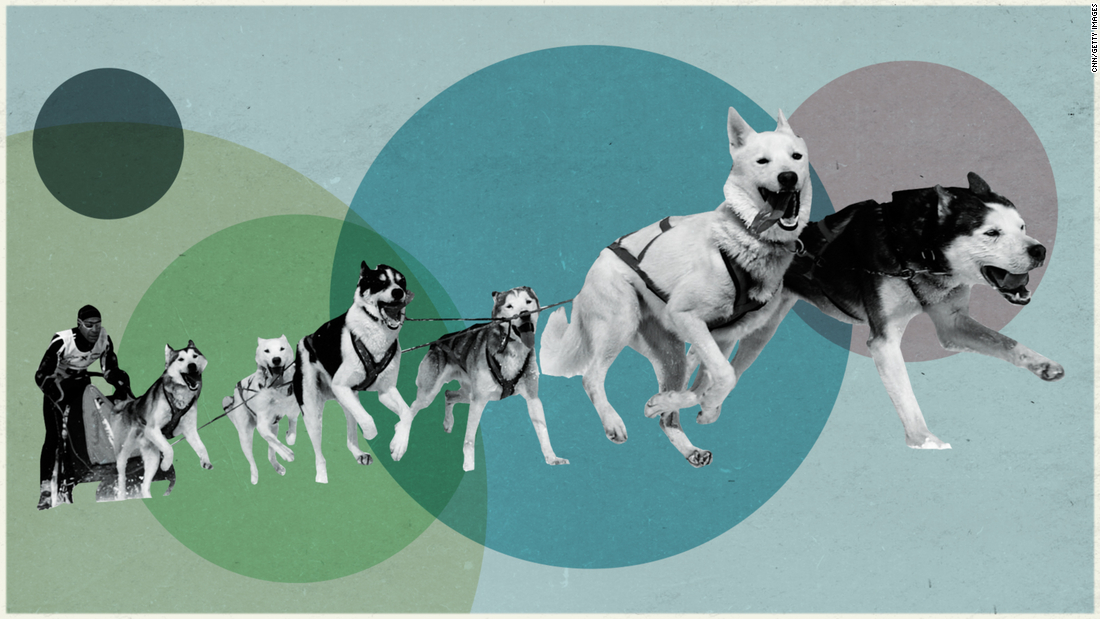 Lost Sports of the Winter Olympics: The fast and furry world...