Fly a virtual drone in a game and win cryptocurrencies

The first money-making game to be released by Playground Labs is a virtual drone competition.

Crypto-asset investment firm Hivemind and the world’s high-speed drone racing league, DRL (Drone Racing Leage), partnered to enter the world of gaming. Together, they created the company Playground Labs, which will be dedicated to creating virtual games that allow you to earn money with cryptocurrencies and NFT (non-fungible tokens).

These types of virtual games are known in the industry as esports play-to-earn or P2E, an English terminology that means “electronic sports that can be played to earn money.” As the name implies, they allow players who meet the goals of the games to be rewarded with monetary retribution.

This was confirmed by Sam Peurifoy, the CEO of Playground Labs, who said that they are excited to “build the infrastructure of the metaverse economy and allow everyone to make a real economic profit by playing the games they love.”

Rachel Jacobson, the president of DRL, revealed: “Our millions of fans love cryptocurrencies, financial technology and games.” Therefore, together with Hivemind, decided to develop their first drone video game so that players can earn cryptocurrencies and NFT. This will work on the Algorand blockchain with DAO protocols. 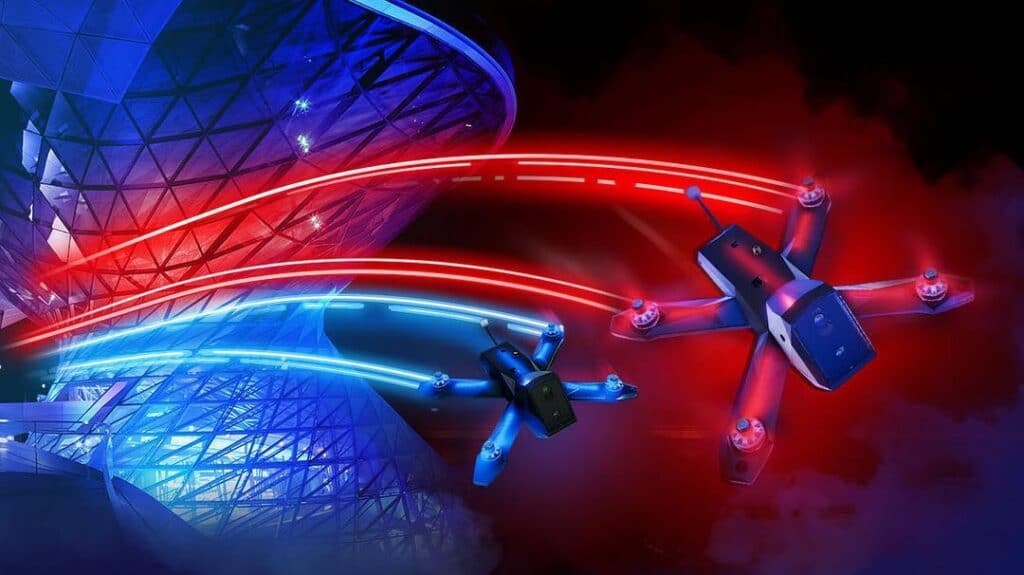 There will be an electronic drone racing game that will allow players to earn cryptocurrencies. Source: @ DronxpoP / twitter.com

“Together, we will accelerate the growth of DRL as the first omnichannel sports league, allowing our pilots and fans to compete with drones in the physical, virtual and metaverse, which will be paramount for all sports leagues going forward,” stated the DRL spokeswoman.

DRL doubles its bet on drone games with cryptocurrencies

DRL is not new to the gaming industry. It had already launched virtual tournaments on PlayStation, Xbox, Steam, and Epic Games that simulate real drone races. Now it doubles its bet on electronic competitions also entering the market for play-to-earn games.

The company estimated that “the global markets for games, cryptocurrencies and drones are worth more than USD 2 trillion”, a number that they believe will continue to rise. That is why they decided to combine these three worlds.

A recent case that also launched a game to win cryptocurrencies and NFT is the French fashion house Louis Vuitton. As CriptoNoticias reported, there are more and more options available to players looking to generate income by playing. This is also demonstrated by Thndr, who has already published his third mobile game to earn bitcoins.