Djokovic: what is the hotel where the Serbian tennis player is being held is like and why it has been a symbol of Australia’s tough politics during the pandemic

They have dubbed it the “worm hotel” and called it “a covid crime scene.”

The Park Hotel in the city of Melbourne, Australia, where Serbian tennis player Novak Djokovic was forcibly accommodated, does not have a good reputation.

Until 2020 the establishment was called Rydges and it was used that year by the government of the state of Victoria, where Melbourne is located, as part of its quarantine program in hotels before the appearance of lto covid-19 and the country’s strong policy of fighting the pandemic by trying to have zero community transmission of the virus.

At the Rydges there was poor hygiene, poor air circulation – the windows are completely closed – and the staff did not use adequate protective equipment to avoid COVID infections.

The hotel owners put it up for sale and a company called Ross Pelligra’s Carlton Property Group bought it with the intention of renovating it and transforming it into the new Crowne Plaza Melbourne Carlton during the first half of 2021.

They promised to change the facade and “a complete renovation of the 107 rooms, public spaces and meeting facilities.”

“The hotel will have a restaurant and bar open all day, rooftop pool and bar, gym and parking. The property will also include nine meeting rooms totaling 652 square meters, including a theater-style space for 300 people, ”the company said in a November 2020 press release.

But it turned out that after a six-month investigation they discovered that the Rydges had been the breeding ground for a coronavirus outbreak in late May of that year that triggered the second wave in Victoria, was the origin of 90% of the cases in that cycle and led Melbourne to its longest mandatory quarantine, almost four months. 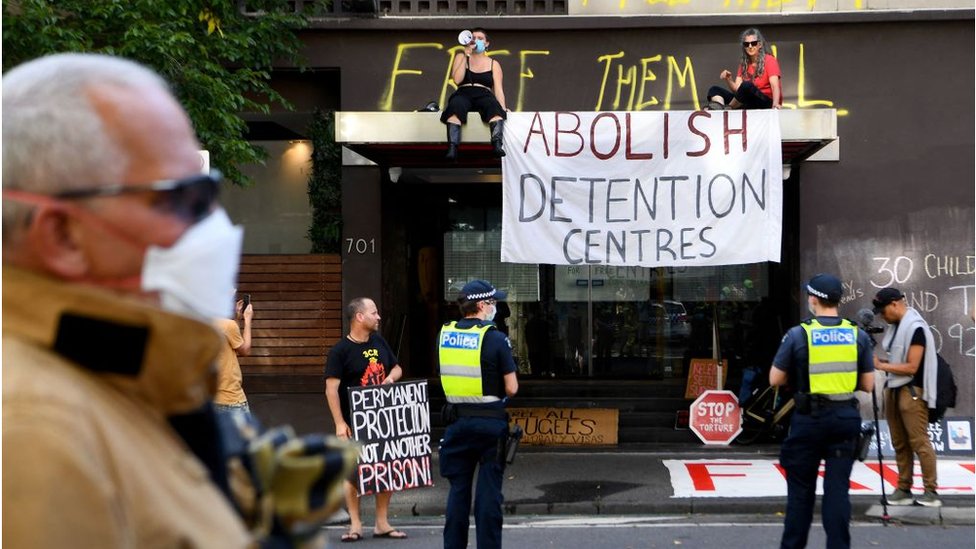 . There have been protests over the conditions of those who are staying at the Park Hotel.

When that report came to light in December 2020, the government switched to using it to forcibly transfer detained refugees and asylum seekers in Australia.

Since then, numerous complaints have come to light about the conditions in which those who are housed there are.

“The hotel is a covid crime scene that should be closed“Refugee lawyer Ian Rintoul told the local newspaper The Saturday Paper in November last year.

Last December there was a fire in the hotel and the forced guests had to evacuate the building. One of them ended up in the hospital.

A week later, one of the detainees showed on Twitter a photo of the food they were given with worms.

Pls pay attention.
Urgent-see this food with Maggots
It was delivered at 5.30pm tonight as evening meal at Park prison for 34 men.
Even guards agreed not edible-took it away.
Now men have no dinner.
Detained for 2yrs, now in rooms on level2, now maggots in food! #GameOver pic.twitter.com/ar5jFv7zlI

“That hotel is infamous”Serbian President Aleksandar Vucic lamented on Thursday.

The Park Hotel is in Carlton, a suburb of Melbourne’s city center. It has tennis courts, as well as an outdoor pool and a gym. 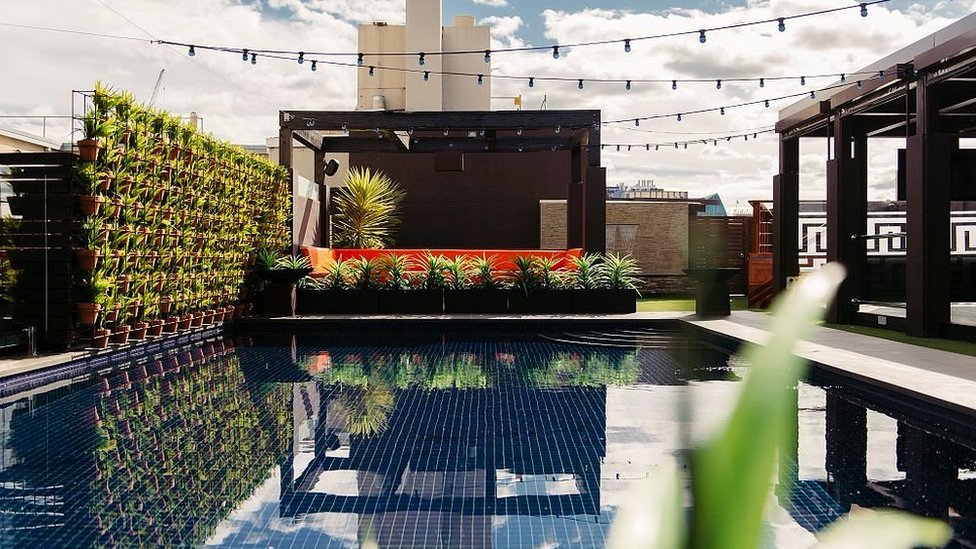 The hotel website lists it as a “luxurious 4.5 star hotel located in a privileged location“.

It has 107 rooms, all air-conditioned, and is ranked 105th out of 170 hotels in Melbourne, according to the travel firm Tripadvisor. 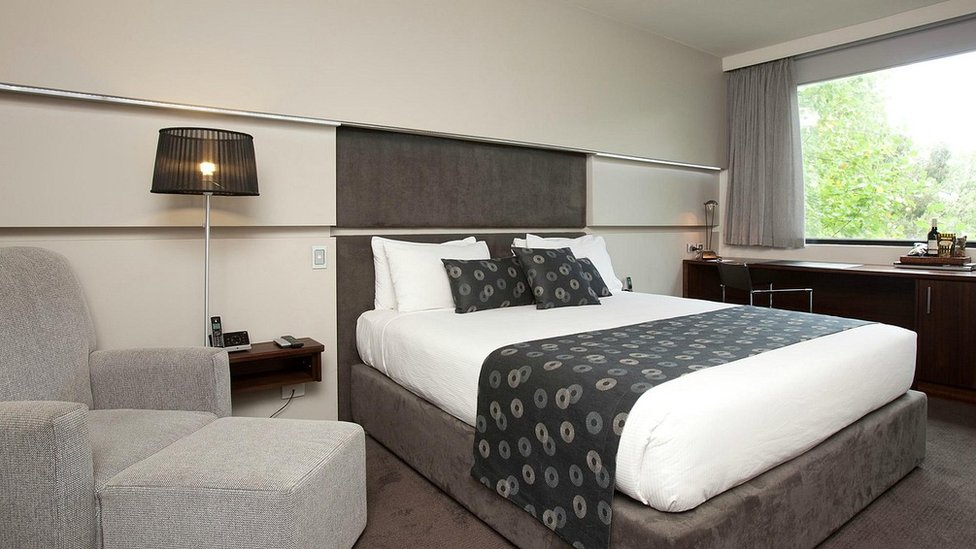 Australia has been one of the success stories in the battle against covid in the world, with infection rates close to zero and where life continues normally.

In March 2020, the government closed the borders. It banned most foreigners from entering the country and put limits on total arrivals to fight the virus.

Mandatory isolations and strict quarantines have also been used to control the spread of the virus.

The measures are extreme and are among the toughest in the world.

But they have worked. Australia registers just 2,300 deaths from covid (in a population of more than 25 million) and infections were scarce until the end of 2021, when they soared at the appearance of omicron.

With those results, strict border controls were wildly popular. Public polls last year showed approval ratings of between 75% and 80% for keeping the nation’s doors closed.

In October, the government lifted restrictions on Australians from traveling abroad, and in December Australia opened entry to students, foreign skilled workers and citizens of Japan and South Korea.

The entry of tourists, however, continues to be prohibited.

The confinement of Djokovic

The world’s number one tennis player, Serbian Novak Djokovic, had traveled to Melbourne to play the Australian Open, the first Grand Slam of the year for which he is the current champion. 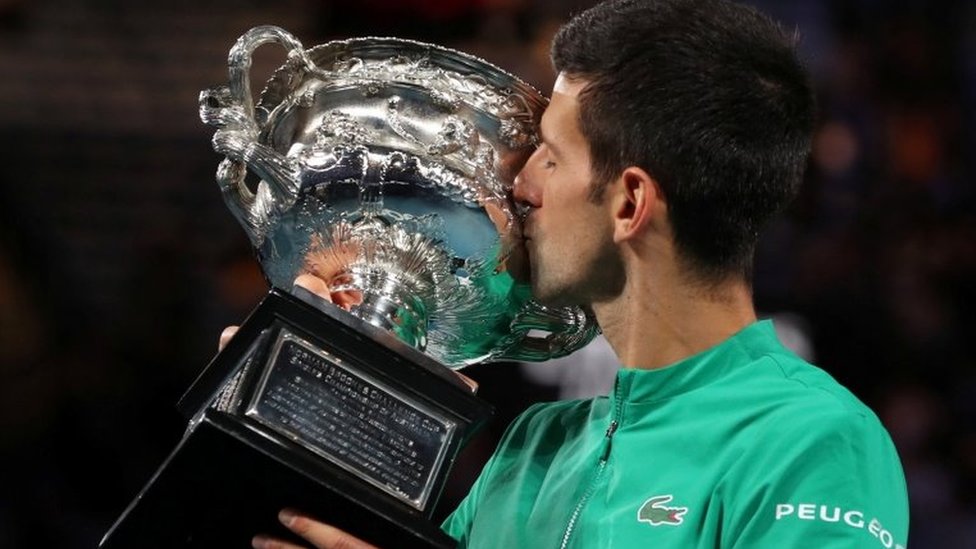 On Thursday he spent his second night in the hotel that became a detention center after his visa was canceled when he wanted to enter the country on Wednesday without being vaccinated against covid-19, as required by border authorities.

Djokovic had previously obtained an exemption from the Australian Tennis Federation, but the government understood that he had to present supporting documentation that he was inoculated in order to enter the country or the necessary documents to obtain a medical waiver of the obligation.

“He is not a criminal, a terrorist or an undocumented immigrant, but he has been treated that way by the Australian authorities, which has provoked the outrage of his fans and citizens of Serbia,” said the Ministry of Foreign Affairs of Serbia. your country in a statement.

The tennis player has been reluctant to say whether or not he is vaccinated, although in April 2020 he said: “Personally I am not provaccine”.

On Thursday there was a first hearing, in which the lawyer representing the State of Australia said that he will not be deported until the next hearing, scheduled for Monday.

The Australian Open will be played from January 17-30 in Melbourne.

Remember that you can receive notifications from BBC Mundo. Download the new version of our app and activate them so you don’t miss out on our best content.