Most governments will be forced to accept the use of bitcoin, says Lamar Wilson.

The growth in bitcoin adoption in the last year was massive, claims Peter McCormack.

Just hours ago, the cycle of conferences on Bitcoin (BTC) called Keyfest began, in which a virtual presentation on the future of cryptocurrency in 2022 took place and CriptoNoticias was present. The talk was led by Lamar Wilson, a billionaire bitcoin investor and featured by two bitcoin wallet security specialists, John Tinkelenberg and Nick Neuman.

The three exhibitors agreed that bitcoin growth in 2021 was massive and challenging for governments in 2022. Although they estimate that its adoption has been on the rise since it was created thirteen years ago, in recent years its use has accelerated even more. They estimated that “it has reached the whole world and revolutionized finance.”

Lamar Wilson stated that this context of growing adoption of cryptocurrencies is not only immersed in first world countries. He explained that countries in Africa and Latin America are being protagonists of this panorama, mainly those where the government exercises excessive power over economic controls.

The speakers pointed out that bitcoin was born with the idea of ​​being a currency that focuses on financial freedom, outside the control of governments. For this reason, they argued that its use is growing in countries where there are greater economic restrictions, as well as resistance to rising inflation. 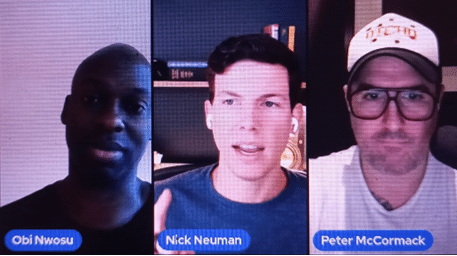 The growth of bitcoin adoption is a challenge for governments in 2022, speakers at Keyfest said. Source: Image taken by CriptoNoticias.

Bitcoin security and privacy at stake in 2022, say speakers

John Tinkelenberg, who is the CEO of Start9 Labs, a company that provides hardware wallets, raised concerns about the security of bitcoin. The exhibitor said that various wallets and exchanges that have access to user funds have emerged and gained greater strength in the market. For example, he mentioned Binance, a major cryptocurrency platform that requests personal information in order to register using KYC (‘know your customer’) methods.

These intermediaries bring into play the essence of bitcoin that focuses on the privacy and freedom of moneysaid John Tinkelenberg. This is important for people to understand, he said, emphasizing that hardware wallets allow to safeguard funds in BTC with a private key without the need to provide personal data.

On this, Peter McCormack, the spokesman for Casa, the company that organized the event and offers bitcoin custody services, said that this is compounded by the concern about the role that countries will play in their regulation. “There will be countries that will make policies more restrictive and others that are friendlier on bitcoin,” which will influence adoption, he said.

Billionaire Lamar Wilson said that an example of a country that has taken on a friendly role is El Salvador, which even made bitcoin official as legal tender. That, without a doubt, was the most important milestone for the cryptocurrency ecosystem in 2021 and shows the impact that BTC is having in the world, he considered.

By 2022, investor Lamar Wilson said the worst that could happen for the ecosystem is for it to be banned in other countries, as China has determined. Although he maintains that in his Most governments are open to accepting and regulating the use of cryptocurrencies, as well as is currently happening in Panama, Peru, Uruguay, as CriptoNoticias has reported.