The electricity demand of the miners is the origin of the power cuts for the Government.

It’s easy to blame Bitcoin, due to misinformation and myths on the subject.

One of the first news that the Bitcoin ecosystem in Argentina received in 2022 is the Government’s intention to inspect and “discourage” cryptocurrency mining. This has been one of the first reflexive acts of the State in the face of a summer energy crisis that has led to power outages in various parts of the country.

What they see from the national government is that this activity, key to the maintenance of networks such as Bitcoin and Ethereum, demands a lot of electricity. Therefore, they are analyzing the application of specific rates and establishing investment requirements for better maintenance of the system infrastructure.

This growing demand is rooted in the fact that, for a couple of years, miners in Argentina have grown in number, even with leading companies in the sector arriving in the region, mainly motivated by two factors. The first is the low cost of electricity compared to other countries.

State subsidies make it less costly to mine in Argentina than elsewhere, thanks to a rate of $ 0.05 per kW / h for homes and $ 0.04 per kW / h for businesses, according to Global Petrol Prices. Similar values ​​are detailed on the Edesur site, one of the providers in the city of Buenos Aires.

In addition, the doubled price of the dollar is pointed out as another advantage. Mining equipment enters customs at an official dollar price (approximately 102 Argentine pesos per dollar at the end of this note) or, depending on the purchase and payment method, at a tourist dollar (179 Argentine pesos). Instead, the proceeds can be sold on exchanges and Peer-to-Peer (P2P) markets to the blue dollar, which is trading at ARS 205 as of January 2.

The growth of this industry and the popularity that bitcoin (BTC) and ether (ETH) gained in the last year – with historical price records included – give the Argentine government a perfect excuse to find the “culprits” of the lack of power supply: miners. Something similar has been done by the Kosovo government, which in recent hours has banned mining due to the lack of power in the middle of European winter.

This questionable premise is supported even by other factors. First of all, The supposed impact of Bitcoin mining on the environment has been widely spread in popular opinion.

When it comes to looking for enemies for electricity consumption, Bitcoin stands out globally. And despite the fact that it is a subject of recurring debate, the reality is that there are studies that show that the negative consequences of mining are not actually as serious as believed, since a good part of the miners claim to use renewable energy for your activity. 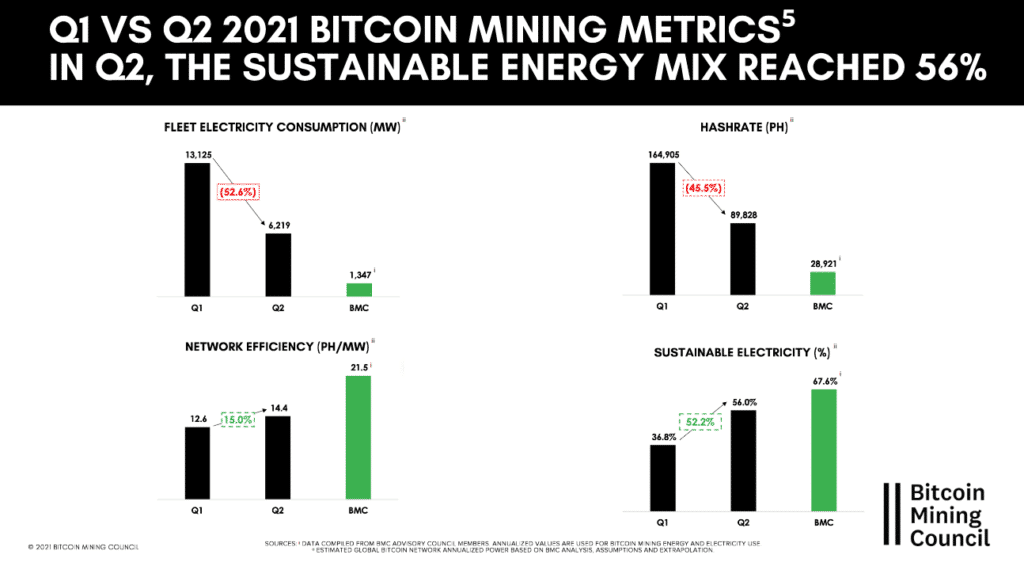 On the other hand, people in general don’t know much about Bitcoin. So it’s easy to point the finger at that industry and say “they’re the bad guys.” Since many ordinary citizens have no basis to counter these accusations, they end up believing that mining “is eating up all the electricity in the country.”

Is Bitcoin really the problem in Argentina?

Although you want to run the magnifying glass of the subject, the lack of infrastructure in Argentina dates back several years. In fact, this was one of the main bases for the so-called “rates” established by former President Mauricio Macri, with increases of more than 1,300% in electricity rates.

Before the cuts emerged in the last days of 2021, there was already talk of the lack of investment in infrastructure in the country’s written media. Therefore, Bitcoin is not the origin and cause of power outages and the problems that these generate for the Argentine population. In this case, the heat wave that boosted the demand for electricity was the last straw that broke the camel’s back and the system collapsed. 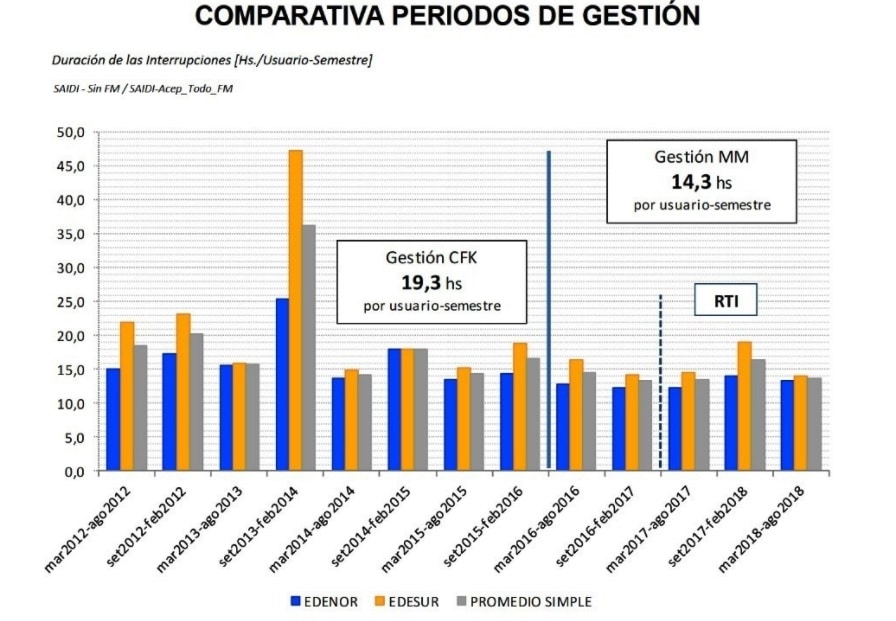 Between 2012 and 2018, before the proliferation of bitcoin miners, power outages occurred in Buenos Aires.
Source: Chronicler.

However, it is the industry that the authorities have decided to investigate and tax for, supposedly, affecting the electricity supply. The latter follows a trend that, as reported by CriptoNoticias, is being repeated more and more in the country in recent months: cryptocurrencies generate profits and you have to try to get into that game.

Given this, some doubts arise, such as the possible sanctions that could be applied in the event that the mining farms, the main ones targeted – at least so far – do not comply with the guidelines imposed on them. Fines, retention of equipment or even the opening of criminal cases are some possibilities, if one is based on what happened in other countries such as Iran or Venezuela.

Bitcoin mining in other countries

In Southamerica, Bitcoin mining is considered a profitable activity In most countries. This was explained to CriptoNoticias by a Venezuelan entrepreneur, who also assured that a regulation of the sector that includes records and taxes to operate 100% “blank” would be beneficial.

Despite this, the states of Venezuela and Argentina seem not to be interested in the benefits of mining and, instead, put “sticks in the wheel” in this area. Already in 2018, an inspection of mining began in the Venezuelan state of Zulia, for the same reason as what is happening now in Argentina: energy crisis.

Others like Paraguay go the opposite way, which is becoming an increasingly interesting attraction for the mining industry. Similarly, but on another continent, Kazakhstan also attracted a large part of the exiled miners in China. Others also ended up in the United States, where the new Infrastructure Law also threatens to tax them more.

Bitcoin, between the massive acceptance and the distrust of the State

Argentina is recognized as one of the countries with the highest adoption of cryptocurrencies in Latin America, and even throughout the world. The stir caused by the recent visit of Ethereum creator Vitalik Buterin supports this claim.

However, the Government has not yet given clear signs of supporting this technological, monetary and social revolution. Not only have the bitcoin and cryptocurrency regulation projects that were presented not been discussed, but they have opted to create taxes at their discretion, many times without really knowing what is being taxed.

The State may be right about something, and that is mining is an activity that hardly generates jobs directly —At least on a large scale compared to other industries—, a fact that is of great interest to Casa Rosada. At least that is the case from theory, although in practice more and more taxes are applied that make hiring an employee very expensive for an SME.

In addition, in Argentina Bitcoin has already been blamed for other evils, such as the evasion of exchange laws – mainly the dollar stocks – that govern the country and also for tax evasion by those who trade cryptocurrencies in the country.

Against this background, everything seems to indicate that there is still a dilemma between boosting the growth of the cryptocurrency industry and fintech, which have large banners in Argentina, or taking the path of excessive regulation and even criminalization of these activities. It is that sometimes it is easier to blame the other for your own shortcomings than to ask for help to progress.

Disclaimer: The views and opinions expressed in this article belong to its author and do not necessarily reflect those of CriptoNoticias.