Other projects, several from Africa, will receive contributions from the Human Rights Foundation.

The Human Rights Foundation, a non-governmental organization that focuses on human rights and the freedom of people, has announced millionaire funding. It will distribute 4.25 bitcoin (BTC) among 10 developers with bitcoin-based social and educational ventures. Among them, a Latin American stands out.

The announcement was made by Alex Gladstein, HRF’s chief strategy officer, through a post on his Twitter account. “This support is focused on the development of the bitcoin code, wallets with a focus on privacy, Lightning (Network), translation and global education,” explained Gladstein in his message. HRF also replied to the news on its official site.

Subsequently, he listed the projects benefited by the Bitcoin Development Fund initiative, started in 2020 and reported by CriptoNoticias. Is will allocate a total of 4.25 BTC (USD 197,434 at the end of this note, according to the CriptoNoticias price index) to promote the realization of various ideas. The funds were donated by exchange Gemini, Casa Hodl CTO Jameson Loop, and firm CMS Holdings.

The Dominican developer awarded by HRF

Who will receive the greater sum of 1 BTC will be Jarol Rodríguez, a native of the Dominican Republic. This Bitcoin Core developer, Gladstein points out, has completed hundreds of pull requests (improvement proposals for an open source program) and plans to use the funds received to continue working to create a new user interface for Bitcoin Core.

According to what the developer himself commented to CriptoNoticias, his work for a new GUI (user interface) can be seen in this GitHub thread. The idea, detailed in another publication, is to create an interface “with a first-class design and more intuitive for the user”, also adding one specifically optimized for mobiles. To do this, Rodríguez works with many other contributors to the Bitcoin Core community.

The next sum of HRD financing, equivalent to 0.5 BTC (approximately USD 23,300 according to the price at the close of this note), will be for four people or projects; each will receive that amount. The first is Farida Bemba Nabourema, an activist from Togo who plans to create a Bitcoin academy in the African country.

The same sum will receive Craig Raw, a Sparrow Wallet initiative consisting of a desktop and open source project that already supports CoinJoin, Tor and PayJoin. The next steps will be geared towards Lightning and privacy improvements, it is explained.

1 / NEWS: @HRF is delighted to announce a Bitcoin Development Fund grant round of 425 million satoshis to 10 very worthy recipients 🌍 ⚡

On Twitter, one of the main HRF referents detailed which projects will receive contributions in bitcoin. Source: Twitter @gladstein.

The fourth beneficiary, also with 0.5 BTC, is Roya Mahboob. She is an Afghan businesswoman and activist who founded The Women’s Annex, a project that promotes education about Bitcoin for professional women and entrepreneurs in the region.

Finally, Anita Posch is the fourth person to receive this same amount as financing. Similar to several of the previous initiatives, “Bitcoin for Fairness Foundation” aims for millions of people in emerging countries to access bitcoin through various educational projects.

Other developers who will receive bitcoin for financing

In addition to those mentioned, there are more projects that will receive contributions in bitcoin from the Human Rights Foundation. To complete the total amount of donations, another five developers will each receive 0.25 BTC (approximately USD 11,500 according to the price at the close of this note).

The Boltz exchange is one that integrates this group among the scholarship recipients. The intent of the funding is to develop enhancements to “boost the Lightning economy” on the platform, where no account is required to operate. Some of the cited enhancements include support for the Taproot update to operate using less space and make various types of transactions indistinguishable, and enabling Liquid to Lightning exchanges, among others. 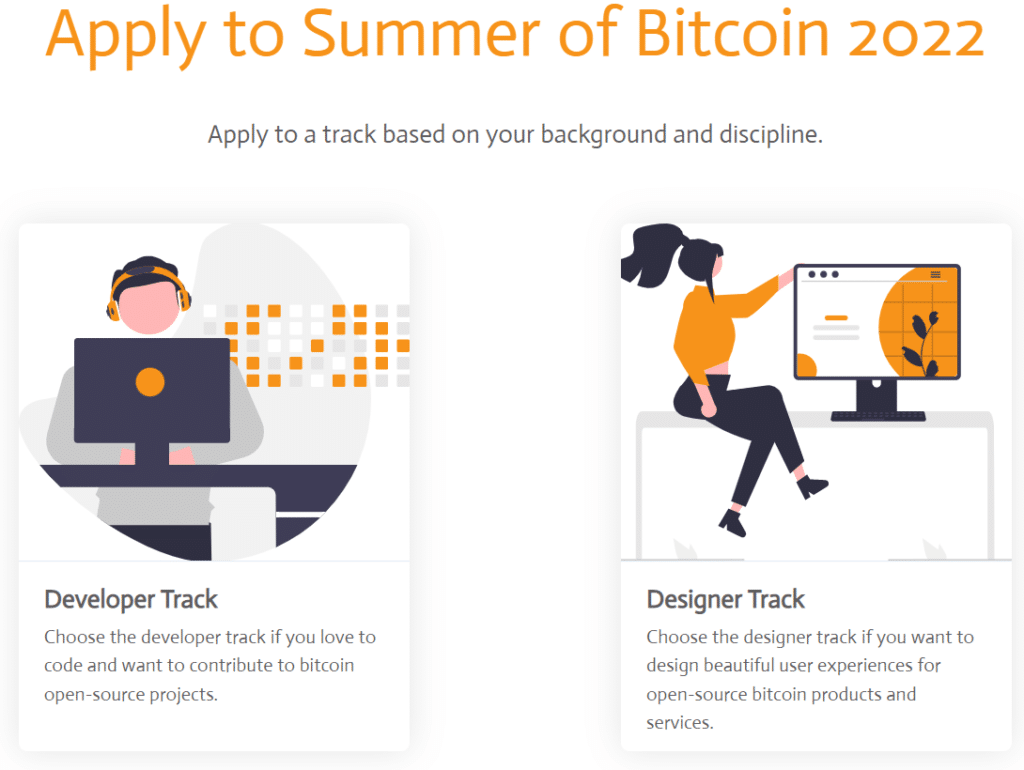 On the other hand, the Summer of Bitcoin initiative, dedicated to providing training programs on bitcoin and open source developments for university students, is another of the beneficiaries.

The following is Exonumia, which is based on the translation of educational texts about bitcoin in native languages ​​of various African countries. With this financial aid, this non-profit organization will be able to reach more nations on the continent, details HRF.

The last two initiatives to receive funding will be Blockchain Commons and Meron Estefanos. The first is a community-focused blockchain infrastructure development project that allows them to “control their own digital destiny.” The funds will be used to add more information about the Lightning Network in the interactive Learning Bitcoin from the Command Line course, which will also be translated into more languages.

For her part, Meron Estefanos is a woman who is dedicated to educating about bitcoin in Eritrea, a country in southeast Africa. Estefanos recently translated The Little Bitcoin Book into the Ethiopian Tigrinan language. He will also create an audiobook and workshop to inform more people about the benefits of Bitcoin.